Ultimate Ascent was the 2013 FIRST Robotics Competition game. It is styled similarly to disc golf. Teams start with up to 2 or 3 discs on the robot at the beginning of the match. Robots which begin touching the carpet behind their colored Auto Line may have three discs; others may have only two. They can score these in autonomous or wait for the teleoperated period. Only the 6 discs of an alliance's color count when scored on top of its pyramid. White or opposing colored discs will not count if scored in the pyramid. Since the human players may not put any colored discs in play until teleoperated, scoring in the pyramid is not possible in autonomous. Teams can score points as follows by scoring discs into goals: 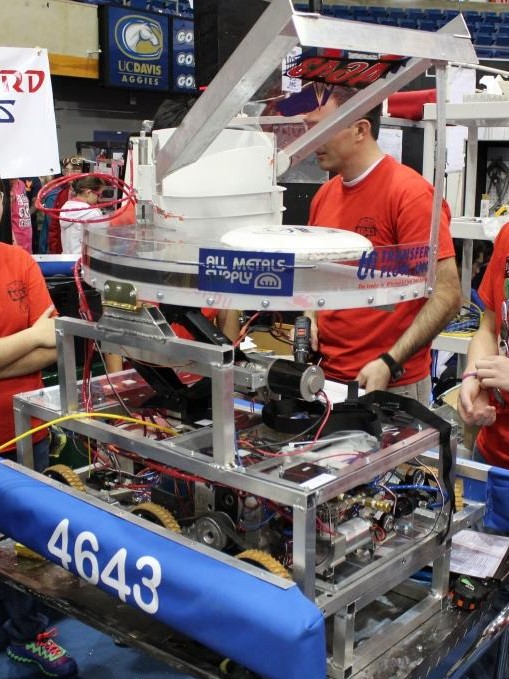