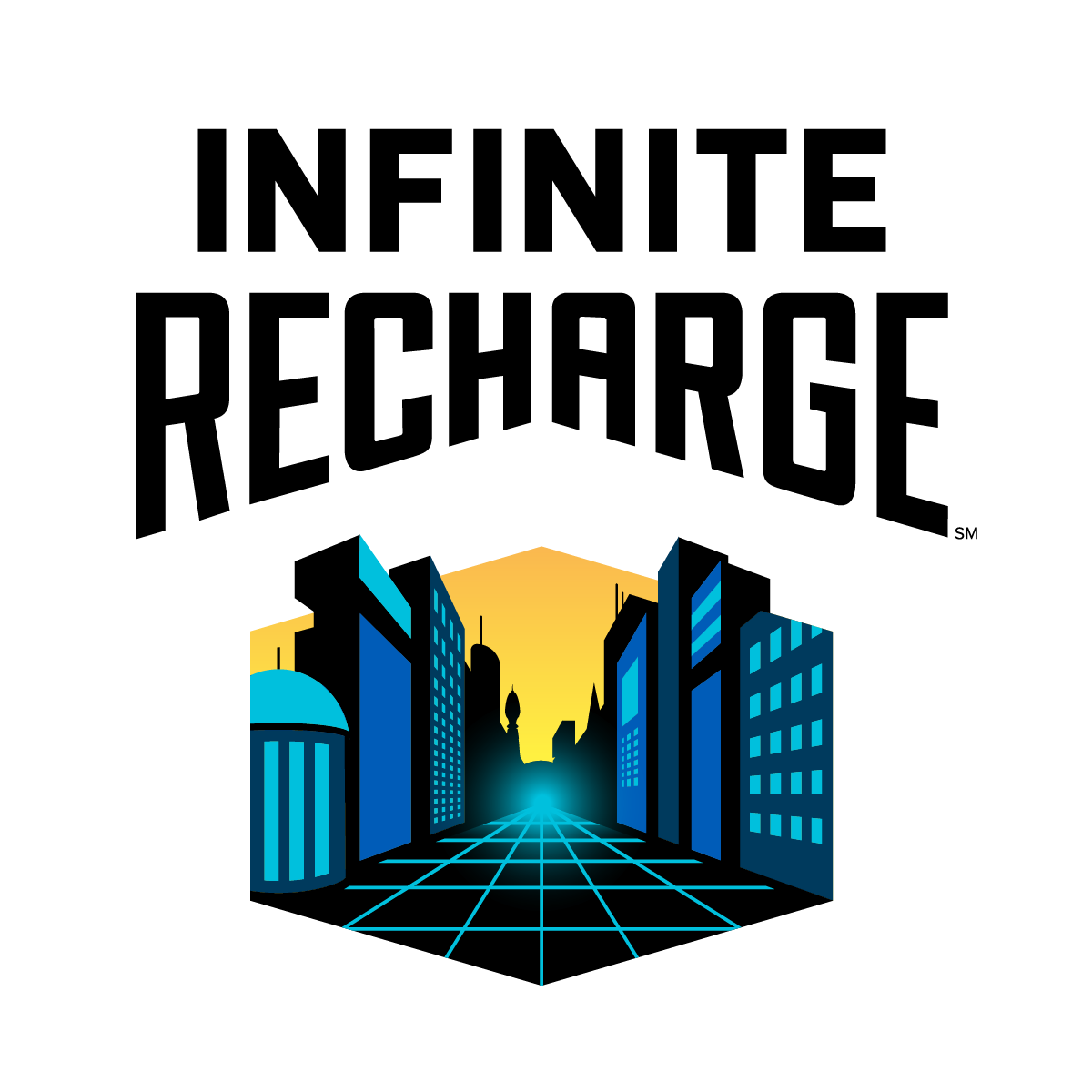 The Infinite Recharge game involves two alliances of three teams each, with each team controlling a robot and performing specific tasks on a field to score points. The game centers around a futuristic city theme involving two alliances consisting of three teams each competing to perform various tasks, including shooting foam balls known as Power Cells into high and low goals to activate a Shield Generator, manipulating a Control Panel to activate this shield, and returning to the Shield Generator to park or climb at the end of the match. The objective is to energize and activate the shield before asteroids strike FIRST City, a futuristic city modeled after Star Wars.

This season's robot has not been revealed