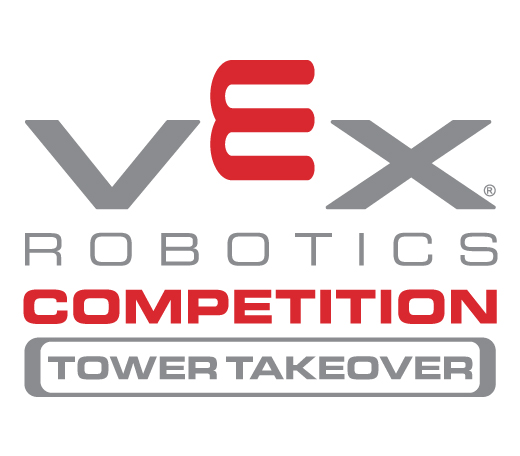 VEX Robotics Competition Tower Takeover is played on a 12’x12’ square field configured as seen above. Two (2) Alliances – one (1) “red” and one (1) “blue” – composed of two (2) Teams each, compete in matches consisting of a fifteen (15) second Autonomous Period, followed by a one minute and forty-five second (1:45) Driver Controlled Period. The object of the game is to attain a higher score than the opposing Alliance by placing Cubes in Towers, or scoring Cubes in Goals.

This season's robot has not been revealed